When confronted with the topic of death, especially in the context of the Communion of a Requiem Mass (as with the typical association of the Lux aeterna text), it is difficult for me not to feel overwhelmed or seized up by the sheer timelessness and scope of (and personnel connection to) the concept. Acknowledging death, understanding death and grief as a part of life, is a way of confronting, accepting, and perhaps transcending our daily views of it.

The Lux aeterna text is a prayer for the dead. I have chosen to set this text in a way that commemorates the dead in both a reverential and a celebratory way. It is a return for me, in a lot of ways, to a tonal musical grammar – a grammar that still feels fresh and personal to me. As such, it is a musical voice that has never left me despite my forays into other territories – quite the same way that our memories of those who have departed from our lives do not leave us.

This work was written in part at the Brush Creek Foundation for the Arts in Wyoming during a month-long residency in July of 2015. 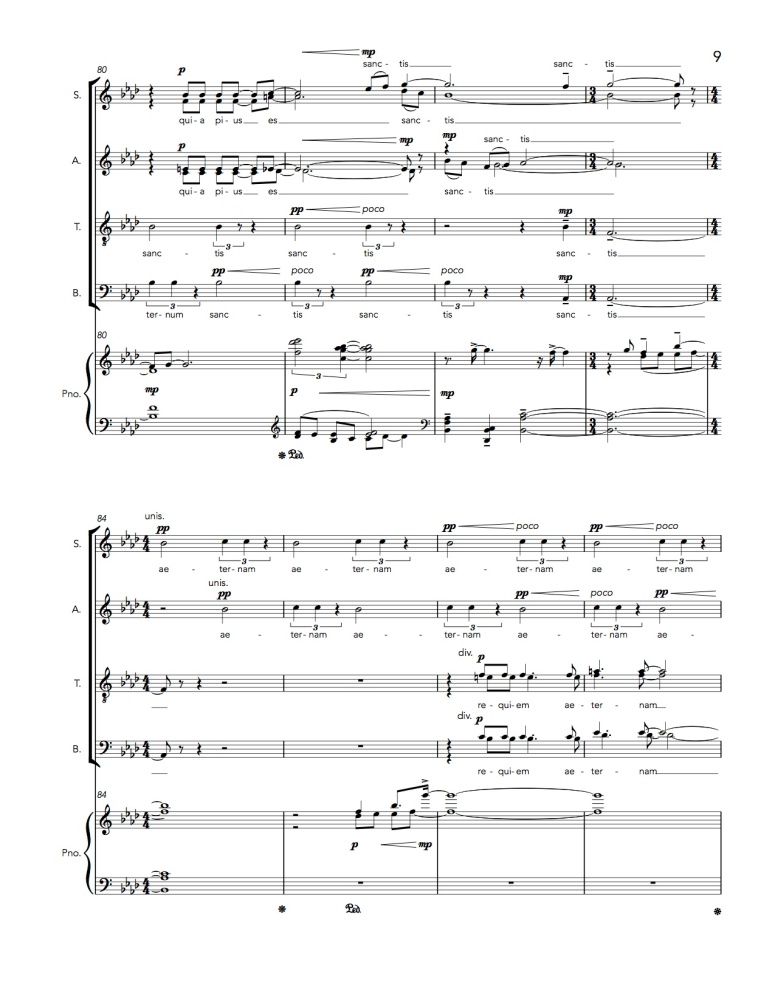