The generation of this work was motivated by my limited but intense study of ideas and compositions of Herbert Brün, in particular his “ink graphics, drawn by a plotter, under control of a computer, programmed by a composer.” Brün composed over 1,000 of these “computer graphics.” I considered one series of graphics in particular, entitled Just Two Duet, as a visual analogue for sonic processes. In this graphic, two apparently disparate objects may appear to be interacting – one encircles the other. My formulation is that both of the graphic objects operate under the same constraints but at different rates or proportions of change. Brün invited such formulations as part of a compositional process. Viewing the work this way led to a sort of circular and palindrome construction of my music, with different instruments pairing off as duos throughout. Some passages of the work intentionally verge on being inaudible due to dynamic level and playing method. 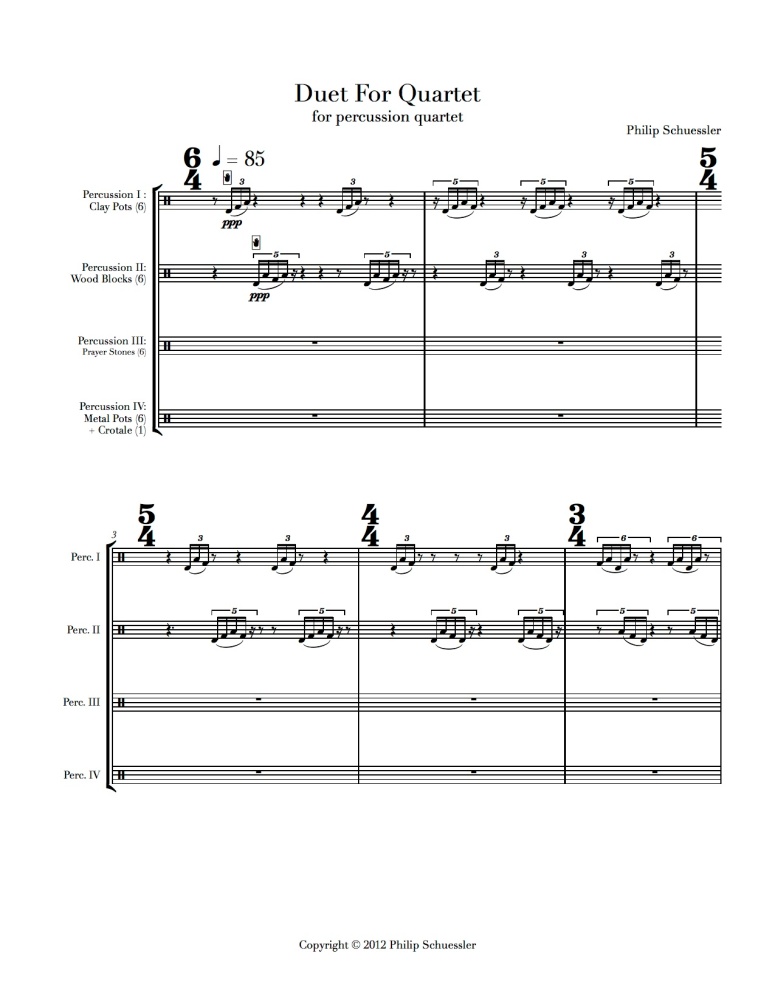